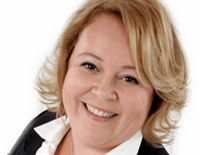 The high prices of Toronto housing is pushing more people into surrounding areas like Hamilton, even Niagara Falls.

But even in Hamilton-Burlington, prices jumped 22.6 per cent during the first two months of 2017.

And Kitchener-Waterloo saw a 23.5 percent jump.

And the Niagara region is being increasingly described as a Toronto “suburb.”

But those areas are still within commuting distance, Windsor isn’t.

Kim Gazo, (above right), a realtor with Deerbrook and president of the Windsor-Essex  County Association of Realtors, says prices are already improving here, reflecting the GTA fallout.

“The prices are finally catching up down the 401,” she says.

“The sale price being up from even six months ago, to me it almost feels a bit overdue, it does put more value on our land and it does make us more desirable.”

But, still, will our area ever be as hot as Toronto?

After all, Windsor-Essex isn’t exactly in commuting distance of the downtown Toronto office towers.

Gazo said technology, at least to some degree, could change that, making Windsor-Essex even more desirable.

“A lot of people who work now, a lot of it is internet based and globally based,” she says.

“So just because you may be working for, say, KPMG in Toronto, it doesn’t mean that you’re not doing your consulting in Windsor from your home office.

“And your still are doing the same quality and the same amount of work as sitting in a high rise in Toronto and commuting for two hours every day.”

Windsor’s geography has worked against it, tucked out of the way and off most of Canadians’ radars.

But as more and more people move to the area - she cites recent sales to clients from Vancouver, Kingston, Markham and even Dubai are who delighted with the region’s amenities – more word will get out.

“The new bridge coming up with the Parkway project they just finished, I think it’s bringing attention to Windsor, it’s kind of overdue,” she says.