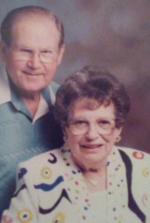 “But nothing is concrete yet, so I would think some time over the summer, maybe even next fall, we’ll have a much better idea of how it’s going to take shape.”

Katz and Ellen Robinson, daughter of the festival’s long time principal and namesake sponsors, Ruth and Bernard Friedman (photo left), and attending the festival, said the new educational role is “what my mother is excited about.”

The Jewish fest is now in its 16th year.

Robinson said there were more teachers attending the festival this year and Katz said educational programming could reach out to grade 8, high school and university students.

The festival has made a point over the years of saying it is not an event exclusively for the Jewish community and in fact half its sponsors now are not members of that community.

As for expanding the festival in terms of days and the number of films (it lasted four days last week and showed 11 films including one short) there is no indication of that.

That’s despite increasing audience, with some 1500 people attending all the screenings, Katz said.

“Our numbers this year are up but the trend consistently over 16 years (is) growing,” he said.

This year, the festival had to rent two theatres for the opening night film, An Act of Defiance, a drama about a key moment during the former South African Apartheid regime.

That was because of the reconfiguration of the Devonshire Mall Cineplex theatre complex.

The theatres’ new reclining seats are larger than the previously installed seats and therefore take up more room and reduce the number of seats per theatre.

Said Katz, “We had two theatres because the capacity of their theatres changed after they put in the fancy reclining seats.

But any additional expenses seem to have been absorbed by increased sponsorship.

There may have been no sellouts but theatres for the most part were “full houses,” Katz said, with last minute filmgoers having to search few and far for seats.

The festival’s namesake has long been the Friedman family.

How that came to be is a story of the Windsor Jewish Community itself.

The Friedmans used to sponsor a community picnic.

“The goal was to bring the (Jewish) community together,” daughter Ellen Robinson, who attends the festival yearly though she’s a resident of New York City, said.

Then, with the new festival in its early years, the family thought this could be a good vehicle for further cementing the community.

Bernard Friedman, a Windsor pharmacist, died before the festival began and Ruth, now at advanced age, is with family members in Toronto.

This is the first year, for health reasons, Ruth hasn’t attended the festival.

Robinson, who works in the New York fashion industry, said her mother remains keenly interested in the WJFF, asking about ticket sales, attendance – “she’s really on top of it.”

Another daughter, Gilda Kischinovsky-Friedman, flew into Windsor for the event from Denmark and co-introduced a film about the Holocaust’s impact on that country, Across the Waters, about Danish Jews escaping from the Nazis.

“It’s very close to her because her mother and father-in-law were in those boats,” Robinson said.