Tessier would donate 25 per cent of mayor's salary (con't) 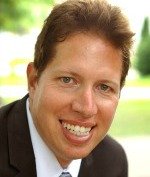 “I’ve sat in on city council meetings for 14 of 17 years,” the Windsor Ward 7 resident and Tecumseh St. Anne High School grad, who runs an “ebay business.”

While having no political experience Tessier says he’s “gotten a lot of stuff done behind the scenes that people don’t know about.”

He intervened in a dispute at Devonshire Mall “several years ago” where those dressed as Goths roaming the mall “were being discriminated against.”

Tessier says he went to Toronto, “bought a whole bunch of Goth stuff,” went himself to Devonshire Mall, was “kicked out,” and “found out first hand” what it was like.

He said he went to “former Councillor (Tom) Wilson and rules were implemented.”

He said he’s also been working behind the scenes to try to get solar powered parking meters installed.

“I’m trying to get the idea floated around,” he said.

“Councillor (Fulvio) Valentinis said they’ve already talked about it but nothing has been implemented yet.”

He also likes the idea of improved handicapped services on the transit system.

He says he was in London Ontario where the buses have a voice activated system that calls out the streets and a sign flashes “stop requested.”

As for specific campaign issues Tessier said he wants “to get back to the basics” and “focus on jobs, infrastructure, debt.”

“I want to try to put into place a two year moratorium on any unnecessary projects and spending, with the option to expand it to four years to pay for better infrastructure,” he said.

“That idea came about from a TV show that I watched called Thrift Hunters,” he said.

But he says he’s planning to start an “environmentally-friendly delivery service” using bicycles with carts.

“The same kind of cart that adults use when they’re pulling their children,” he said.

Tessier hasn’t filed official election papers yet - he said that will happen July 29 - and “I won’t be doing a formal announcement until I talk to some other people that would like to help me out.”

But he vowed he will enter the race.

“The plan’s already in motion, I’ve already talked to way too many people to back down,” he said.

Why run for mayor and not city councillor first?

“I just figure if I’m going to run I might as well go for the top,” he said.

“Win or lose if I don’t try I’ve lost already.”