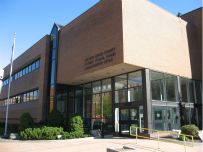 Asked why, he said, “We are obligated to protect the privacy of all students and their records. We have an inexorable position on this. We do not even acknowledge that discipline has been imposed.”

This applies even when there are a large group of students and when students would not be identified by name.

Board trustees cited “privacy” issues for not discussing type of punishment.

Only two trustees of 10 provided comments, the remaining eight did not return phone calls.

Connie Howe-Buckler, who represents Lakeshore and Tecumseh, said the “Privacy Act” is the reason for not talking about discipline, even if students are not identified.

Board vice chair Dave Taves also cited confidentiality, saying even though students wouldn’t be identified the public might be able to determine who they are by the “circumstances” over which discipline is given.

“It’s involving personnel, people, and you never want to read about yourself in the paper especially without permission.”

Taves said he is “not aware” of any discipline “at this time” but a board meeting tonight might provide an update.

Asked if there should be discipline, especially if students have missed valuable class time, Taves said, “It depends on the circumstances. Our principals are pretty good at deciding whether people have stepped over the line or not.”

Taves also said “many” students didn’t walk out during class time but used their lunch hour and part of one period.

Howe-Buckler said she didn’t know of “any trustee that’s going to answer” questions on the subject and directed all questions to board chair Helga Bailey, who didn’t respond.

But Howe-Buckler said the students’ walkouts were not without redeeming value.

“I think it teaches the children to stand up for their convictions.”

But, she said, “I wish and I’d hope that every child that walked out understood what they were walking out for and I don’t know if that was the case.”

Asked if there should be discipline, she said “I don’t even want to answer that.”

She said that’s because “I can see it from both sides.

“I can see the side of the student wanting to stand up for their teachers that they feel affection for. And I can see it from the side of the educators who understand what is to be gained from losing class time.”

Lisa MacLeod, whose party has supported Bill 115 and has heavily criticized the teachers unions, also skirted the question of whether students should be disciplined.

“Well, you know this is a difficult one because they obviously feel very passionately about it and I’m not sure if parents were involved in it or not.”

MacLeod did say students “should be heavily encouraged” to stay in the classroom and blamed unions for using students “as pawns.”

As a result, she said, “I can understand it would put any school board or principal in a very difficult situation.”