Changed your mind? Decided not to comment right now?

Join in and write your own page! It's easy to do. How? Simply click here to return to So what do you think of the new downtown look? Click here to give an opinion..

Movie theatres are back ... over there

Detroit’s top downtown developer Bedrock is bringing live entertainment and a festival atmosphere to the city’s core and adapting it to pandemic protocols. Decked Out Detroit plans a drive-in movie theatre and a concert site.  The temporary attraction would include a movie screen, stage, food and beverage concessions, and stalls for 77 vehicles, according to a Downtown Development Authority document, reported by The Detroit News. Also possible is a “no touch” play area for kids. It’s all part of the Decked Out initiative to draw people downtown, even in winter and even during the pandemic. “Bedrock remains committed to creating a safe, festive and family-friendly environment downtown Detroit throughout the winter season and beyond,” company officials said in a statement. Meanwhile the company is “investing millions and working with a number of partners to imagine new socially distanced and innovative attractions.” – 1/13/21

Detroit rock legend Suzi Quatro has recovered from Covid-19. Quatro, now a resident of the UK, told the Daily Mail that she was taking uber precautions against the virus. But she caught the bug from her pre-teen grandson, ironically part of her family Covid bubble, at a family dinner at her home. She thinks he must have got it at school. Quatro, known for her leather suits on stage and who has sold 50 million records, has a new Christmas album, My Heart and Soul (I Need you Home For Christmas). – 12/14/20

Windsor’s own Media City Film Festival, an avant-garde internationally acclaimed festival created in 1994, is taking its catalogue of films online. As part of the launch of THOUSANDSUNS CINEMA some 60 films - short and long – will be available between Dec. 2 and 23. These include films by international renowned Canadian filmmakers such as Canada’s Michael Snow and Joyce Wieland. Fest director Oona Mosna said the cinema will provide a “veritable treasure trove of artists’ cinema as a beacon during a time of global hardship.” The films will be available to a worldwide audience. New films will be added on a rolling basis.  – 12/2/20

Canadian artist and former University of Windsor art instructor Sylvie Bélanger is dead at the age of 69. Born in Quebec she had a teaching stint at the university in the 1980s and 90s. She died of cancer in Montreal last month.  Bélanger was a strong Quebec nationalist, even publishing the manifesto of the Front de libération du Québec (FLQ). After nationalists lost the 1980 Quebec referendum she left the province and studied fine art in Toronto while establishing her own artist career. Besides having an artist residence in Windsor she taught at the State University of New York in Buffalo, New York. Former colleague Ginette Legaré told The Globe and Mail that Bélanger has a terrific rapport with her students. “She had total generosity towards the work of others, whether students, peers or strangers," said Legaré, adding it would be difficult to walk down the street without former students stopping her. – 11/18/20 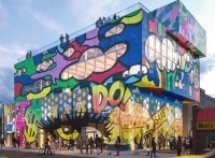