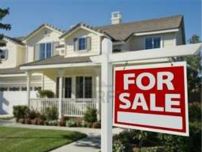 Muir says the problem many people make is to compare the Windsor market to other places in Canada where it’s easy to make 15 – 20 per cent on a sale.

The other problem is that local homeowners tend to price at what their assessed market value is, and that’s often way too high, Muir said.

That’s because the assessed value might have been done many years earlier when the market was better, or simply doesn’t reflect what people are realistically paying day by day in Windsor-Essex for property.

So what to price a home at?

Muir, owner of Re/Max Preferred Realty Ltd., said sellers should price what the going rate for that type of home is in their neighbourhood.

Realtors can help since they are familiar with the localized markets and have historical sales data to draw on based on housing type “and we can adjust for time.”

“I always discuss the ramifications of overpricing,” he said. “Not many (homeowners) have the trust to list” at a lesser value.

They got two offers at $238,000 but turned them down and decided to sell privately.

Muir said many people don’t realize that their homes aren’t all that much different from those around them.

“If you have a three bedroom ranch or a three bedroom side split the utilities are the same. A ranch is a little more popular so we’ll up assess what we think we can get for that property.

“But if you have a whole neighbourhood of homes that are selling for $150,000 no matter what style it is and all of a sudden you want $160,000 just because you’ve got a prettier backyard, you’re going to have to hope for that one person who really wants a prettier backyard. Otherwise you sit there.”

“The true story is the most expensive home in the neighbourhood is always the hardest to sell.”

He said homeowners should look “at what’s been selling in the neighbourhood and that’s what realtors do.”

So if homes are priced correctly, offering value for price, they should sell, and sometimes sell quickly with multiple offers.

Muir pointed to recent examples in LaSalle, Windsor and Tecumseh where there were many offers and sales were quick.

Some of the hottest localized markets this spring had been Walkergate Estates, and Belle River, Puce and Emeryville.

So don’t despair, just price what the market will bear.